"That whole cold-open has been burned from our servers" fortæller han. "It literally does not exist. Because if ever that had come out without any context in any form it would have looked terrible, because disconnected from the game it's obviously even more shocking."

"We've never really talked about this anywhere. We went back at the eleventh hour and added a cold-open to the game that was a really violent prologue which basically shows Lincoln and a couple of his friends getting ambushed by the mob. It's super-violent and Lincoln has to resort to violence to escape."

"This cold-open was going to explain why he left for Vietnam" udtalte han. "He ends up killing a cop and has to flee to Vietnam."

Problemet endte med at være, at "Lincoln never really talks about it" udtaler Blackman. "I think we added one scene where he has a conversation with this Priest, Father James, and they talk about it a little bit, but we never really paid off on it. There were characters involved in it who he encounters later but doesn't really acknowledge."

"It felt exploitative instead of something that really grabbed you and put you in Lincoln's shoes and made you afraid for him and want to help him, so we ended up cutting it because of the feedback, which was super-painful for me personally because it was something I'd pushed forward and championed, and I ended up directing that day's mocap shoot because it was such sensitive subject matter, and we worked on it for a couple of months. But it was absolutely the right thing to do in hindsight."

Relax, I'm just fuckin' with ya.

Relax, I'm just fuckin' with ya.

I think of dieting, then i eat pizza 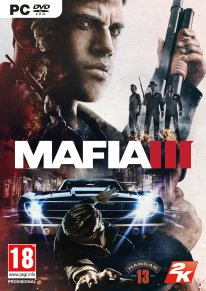