"So for example this time we included something called Draconian Quest" fortæller Okamoto. "It's maybe something that's only a temporary popular thing, but right now in Japan and all around the world it's quite popular to show yourself playing games and show the actual gameplay on YouTube to people, and it's a way of showing that games are not just for playing but can be enjoyed in many other ways."

"And so when we realised that this was quite a popular aspect of gameplay nowadays we thought about what would make this more interesting for people, and we came up with this idea of the Draconian Quest which allows you to go in and put limits on different things on your playstyle, so you can make the monsters extra difficult and you can set it so you can't run away from battles and you can set it so that you can't buy things. So by adding these limitations in, people that are playing on YouTube can be like 'oh guys, look at me I'm awesome, I managed to beat it with all these limitations on it' and it just adds another dimension to the game."

Thank you for your time. We will take care of this matter as soon as posible
Fornuftigt tiltag, flere spil bør implementere lignende.
https://truesteamachievements.com/gamer/Mauser/games# - https://www.youtube.com/playlist?list=PLqKGFSVqZ2k-SwhuIKbNEjtzMvh7rIUAs (assorterede gaming-flexes). 30fps spil er per definition i early access 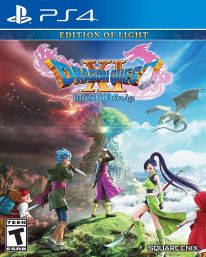 Dragon Quest VIII: The Journey of the Cursed King